Zusammenfassung:
We currently advise that all New Zealanders do not travel overseas at this time due to the outbreak of COVID-19, associated health risks and widespread travel restrictions. The global situation remains complex and rapidly changing. International travel can be complicated with fewer international flights available and disruptions to transit routes and hubs. Any destination could experience a sudden increase in cases of COVID-19 and a heightened risk to travellers of contracting the virus. Strict health measures and movement restrictions could be imposed suddenly. Should you decide to travel despite our advice, be prepared to remain overseas longer than you intended. You should also be aware that your travel insurance may not cover travel disruption or medical expenses. Managed Isolation and Quarantine in New Zealand All travellers to New Zealand must undertake 14 days of government-provided managed isolation and quarantine (MIQ). Detailed information about MIQ requirements in New Zealand can be found at www.miq.govt.nz. Pre-departure testing requirements for travellers to New Zealand All travellers to New Zealand (excluding those from Antarctica, Australia and most Pacific Islands) must show evidence of a negative COVID-19 test result before departure. Detailed information about pre-departure testing requirements can be found on the Unite Against Covid-19 website here. We recognise that some New Zealanders do continue to live and travel overseas. We continue to provide destination-specific advice about other safety and security risks below.

Zusammenfassung:
Reconsider travel to the People’s Republic of China (PRC) due to arbitrary enforcement of local laws. Reconsider travel to the PRC’s Hong Kong Special Administrative Region (SAR) due to both arbitrary enforcement of local laws and COVID-19-related travel restrictions. Read the Department of State’s COVID-19 page before you plan any international travel.   The Centers for Disease Control and Prevention (CDC) has issued a Level 1 Travel Health Notice for the PRC and a Level 1 Travel Health Notice for Hong Kong, due to COVID-19. The PRC has resumed most business operations (including day cares and schools). Other improved conditions have been reported within the PRC. Visit the Embassy's COVID-19 page for more information on COVID-19 in the PRC, as testing and travel requirements frequently change. There are restrictions in place affecting U.S. citizen entry into Hong Kong. Visit the Consulate General's COVID-19 page for more information on COVID-19 in Hong Kong. Please monitor the Hong Kong government’s website for further updates on COVID-19, as testing, transit, and travel requirements frequently change. Country Summary: The PRC government arbitrarily enforces local laws, including by carrying out arbitrary and wrongful detentions and through the use of exit bans on U.S. citizens and citizens of other countries without due process of law. The PRC government uses arbitrary detention and exit bans to:   compel individuals to participate in PRC government investigations, pressure family members to return to the PRC from abroad,  influence PRC authorities to resolve civil disputes in favor of PRC citizens, and gain bargaining leverage over foreign governments. In most cases, U.S. citizens only become aware of an exit ban when they attempt to depart the PRC, and there is no reliable mechanism or legal process to find out how long the ban might continue or to contest it in a court of law. U.S. citizens traveling or residing in the PRC, including Hong Kong, may be detained without access to U.S. consular services or information about their alleged crime. U.S. citizens may be subjected to prolonged interrogations and extended detention without due process of law. Foreigners in the PRC, including but not limited to businesspeople, former foreign government personnel, and journalists from Western countries, have been arbitrarily interrogated and detained by PRC officials for alleged violations of PRC national security laws. The PRC has also threatened, interrogated, detained, and expelled U.S. citizens living and working in the PRC. Security personnel may detain and/or deport U.S. citizens for sending private electronic messages critical of the PRC government.  The PRC government does not recognize dual nationality. U.S.-PRC citizens and U.S. citizens of Chinese heritage may be subject to additional scrutiny and harassment, and the PRC government may prevent the U.S. Embassy from providing consular services. XINJIANG UYGHUR AUTONOMOUS REGION and TIBET AUTONOMOUS REGION Extra security measures, such as security checks and increased levels of police presence, are common in the Xinjiang Uyghur and Tibet Autonomous Regions. Authorities may impose curfews and travel restrictions on short notice. HONG KONG SPECIAL ADMINISTRATIVE REGION Since the imposition of the National Security Law on June 30, 2020, the PRC unilaterally and arbitrarily exercises police and security power in Hong Kong. The PRC has demonstrated an intention to use this authority to target a broad range of activities it defines as acts of secession, subversion, terrorism, and collusion with foreign entities. The National Security Law also covers offenses committed by non-Hong Kong residents or organizations outside of Hong Kong, which could subject U.S. citizens who have been publicly critical of the PRC to a heightened risk of arrest, detention, expulsion, or prosecution. PRC security forces, including the new Office for Safeguarding National Security, now operate in Hong Kong and are not subject to oversight by the Hong Kong judiciary. Demonstrations: Participating in demonstrations or any other activities that authorities interpret as constituting an act of secession, subversion, terrorism, or collusion with a foreign country could result in criminal charges. On June 30, 2020, as part of its color-coded system of warning flags, the Hong Kong police unveiled a new purple flag, which warns protesters that shouting slogans or carrying banners with an intent prohibited by the law could now bring criminal charges. U.S. citizens are strongly cautioned to be aware of their surroundings and avoid demonstrations. Propaganda: A PRC propaganda campaign has falsely accused individuals, including U.S. citizens, of fomenting unrest in Hong Kong. In some cases, the campaign has published their personal information, resulting in threats of violence on social media. Read the country information page for the PRC and for Hong Kong.

Zusammenfassung:
Travellers to Hong Kong are only required to quarantine for seven days in a 'government designated hotel' if you've been fully vaccinated at least 14 days prior to arrival and have stayed in Australia or other designated low risk areas in the 21 days prior to your arrival. You'll then need to complete seven days of self-monitoring and a compulsory COVID-19 test on the 12th day. The 14 and 21 day compulsory quarantine requirement remains in place for travellers who have not been vaccinated and/or who have stayed in most other places outside China (see ‘Travel’). Dual citizenship is no longer recognised in the Hong Kong Special Administrative Region following the application of the Nationality Law of the People’s Republic of China (see ‘Local laws’). As previously advised, Hong Kong's National Security Law could be interpreted broadly and you could break the law without intending to. If you’re concerned about the new law, reconsider your need to remain in Hong Kong (see 'Local laws'). We continue to advise: Do not travel to Hong Kong due to the health risks from the COVID-19 pandemic and the significant disruptions to global travel. 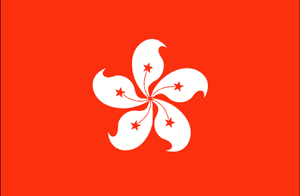