Zusammenfassung:
Do not travel to Yemen (including the island of Socotra). The ongoing conflict and the extreme threat of terrorism and kidnapping presents a significant risk to New Zealanders in Yemen (level 4 of 4).  New Zealanders currently in Yemen are advised to depart as soon as it is safe to do so. As there is no New Zealand diplomatic presence in Yemen, the ability of the government to assist New Zealand citizens is severely limited. The United Kingdom and United States Embassies in Yemen have closed due to the deteriorating security situation and will not be in a position to provide assistance to New Zealand citizens. You should take this absence of available consular assistance into consideration if you decide to remain in Yemen against our advice.

Zusammenfassung:
We've reviewed our travel advice for Yemen. We haven't change the level, we continue to advise you do not travel to Yemen. We advise: Do not travel to Yemen (including the island of Socotra) due to ongoing armed conflict, and the very high threat of kidnapping and terrorism.

Zusammenfassung:
Last Update:  Reissued with updates to health information. Do not travel to Yemen due to terrorism, civil unrest, health risks, kidnapping, armed conflict, and landmines. Country Summary: The U.S. Embassy in Sana’a suspended its operations in February 2015, and the U.S. government is unable to provide emergency services to U.S. citizens in Yemen. A civil war continues in Yemen. In addition, terrorist groups continue to plot and conduct attacks in Yemen. Terrorists may attack with little or no warning, targeting public sites, transportation hubs, markets/shopping malls, and local government facilities. Additionally, there is a continuing threat of kidnapping/detention by terrorists, criminal elements, and/or non-government actors. Employees of western organizations may be targeted for attack or kidnapping. Military conflict has caused significant destruction of infrastructure, housing, medical facilities, schools, and power and water utilities. This limits the availability of electricity, clean water, and medical care. This instability often hampers the ability of humanitarian organizations to deliver critically needed food, medicine, and water. Critical levels of violence, to include armed conflict, artillery shelling, and air strikes, persist throughout the country. There are also reports of landmines throughout Yemen. Cholera is present throughout Yemen. There is a limited availability of medicine and medical supplies, and adequate medical treatment is unavailable. There is a very high risk of kidnapping, and detention of U.S. citizens in Yemen, particularly dual national Yemeni-Americans. Rebel groups in Sana’a have detained U.S. citizens, including dual Yemeni-American citizens. U.S. citizens, including dual nationals, have faced difficulty – including lengthy delays – when attempting to depart Yemen. Some companies outside of Yemen have misrepresented the security situation on the Yemeni island of Socotra and are offering tourist visits there, including by facilitating unofficial and invalid "visas." Only the sovereign Republic of Yemen Government can issue valid Yemeni visas. Private companies or third countries that arrange such visits are putting tourists in danger. U.S. citizens should not travel to Socotra or any other part of Yemen. Due to risks to civil aviation operating within or in the vicinity of Yemen, the Federal Aviation Administration (FAA) has issued a Notice to Air Missions (NOTAM) and/or a Special Federal Aviation Regulation (SFAR). For more information U.S. citizens should consult the Federal Aviation Administration’s Prohibitions, Restrictions and Notices. Read the country information page for additional information on travel to Yemen. 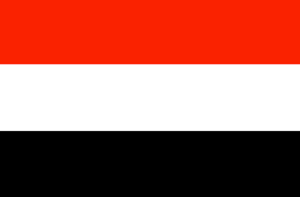