Zusammenfassung:
Do not travel to the the districts of Mueda, Nangade, Palma, Mocimboa da Praia, Muidumbe, Meluco, Macomia, Quissanga and Ibo in Cabo Delgado province, including the islands off the coast, due to ongoing violent clashes and terrorism (level 4 of 4).

Zusammenfassung:
Last Update: Reissued with updates to health information. Exercise increased caution in Mozambique due to health issues, crime and terrorism.  Some areas have greater risk.  Read the entire Travel Advisory. Do Not Travel To: Certain districts in Cabo Delgado Province due to terrorism. Reconsider Travel To: Pemba, the provincial capital of Cabo Delgado, due to threat of terrorism. Country Summary: Violent crime, such as mugging, is common. Terrorist groups in northern Mozambique continue to be active.  Public areas may be attacked with little or no warning. Mozambique’s health infrastructure is limited: there are only three doctors per 100,000 people, frontline health providers are often poorly trained, and medicine shortages are common.  More than 1.2 million people in Mozambique have HIV/AIDS, representing a sizable population with compromised immune systems.  In the event of a public health emergency, access to an ICU and ventilator support is highly unlikely. Read the country information page for additional information on travel to Mozambique. 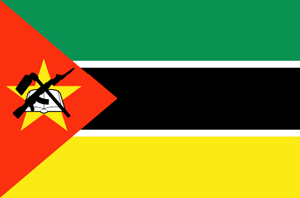