Zusammenfassung:
Exercise increased caution in Chile due to civil unrest. Read the entire Travel Advisory and Travel Alerts. There have been large-scale demonstrations in Santiago and other major cities in Chile.  Demonstrations can take place with little or no notice.  Many protests occur with little regard for public safety, and have resulted in property damage, looting, arson, and transportation disruptions.  Local authorities have used water cannons and tear gas to disrupt protests. The government-imposed State of Emergency was lifted on October 28, 2019.  The State of Emergency included curfews in multiple cities, which were enforced by police and the armed forces. While the State of Emergency was lifted, there continue to be conflicts between protestors and Chilean police in Santiago and other cities in Chile. You should remain vigilant, monitor local media for updates and avoid protests and demonstrations. Expect disruptions to transportation, particularly in Santiago. The Santiago Metro is operating with limited hours, and service has yet to be restored to the entire network. Road blockages on highways and major thoroughfares may occur with little warning. You should contact your airline prior to travel for any information on potential flight delays. Many shopping malls, banks, supermarkets, and restaurants may be operating with reduced working hours, particularly in the evening.

Zusammenfassung:
Exercise increased caution in Chile due to the potential for violent civil unrest. 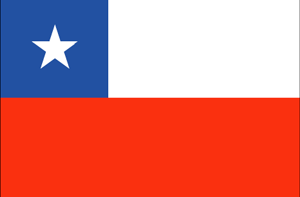