Zusammenfassung:
Do not travel to Mali due to the unpredictable security situation, the threat of terrorism and risk of kidnapping and armed banditry (level 4 of 4).

Zusammenfassung:
We've reviewed our advice for Mali. We continue to advise do not travel to Mali. We now also advise do not travel to the southern parts of Koulikoro, Kayes, Sikasso; the region of Segou, south of the Niger River. The political and security situation could get worse suddenly. The Canadian Embassy can provide limited emergency consular assistance to Australians in need (see 'Local contacts'). Terrorist attacks have increased since mid-July 2022 in central and southern Mali, including in the vicinity of Bamako. Although they have primarily targeted security forces installations, they have resulted in numerous casualties, including civilians. We continue to advise: Do not travel to Mali due to the high risk of terrorist attack and kidnapping.

Zusammenfassung:
Last Update: Reissued with updates to health information. Do not travel to Mali due to crime, terrorism, and kidnapping. On July 29, 2022, the Department ordered the departure of non-emergency U.S. government employees and family members due to the heightened risk of terrorist attacks in areas frequented by westerners.  The U.S. Embassy continues to have limited ability to provide emergency assistance to U.S. citizens in Mali. Country Summary: Violent crime, such as kidnapping and armed robbery, is common in Mali. Violent crime is a particular concern during local holidays and seasonal events in Bamako, its suburbs, and Mali’s southern regions.  Roadblocks and random police checkpoints are commonplace throughout the country, especially at night. Terrorist and armed groups continue plotting kidnappings and attacks in Mali.  They may attack with little or no warning, targeting night clubs, hotels, restaurants, places of worship, international diplomatic missions, and other locations frequented by westerners.  Attacks may target Malian government offices, infrastructure, or locations frequented by westerners. The U.S. government is unable to provide emergency services to U.S. citizens throughout much  of Mali as U.S. government employee travel outside Bamako is restricted due to security concerns. Due to risks to civil aviation operating within or in the vicinity of Mali, the Federal Aviation Administration (FAA) has issued a Notice to Air Missions (NOTAM).  For more information U.S. citizens should consult the Federal Aviation Administration’s Prohibitions, Restrictions and Notices. Read the country information page for additional information on travel to Mali. 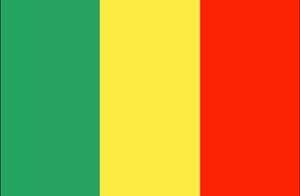