Zusammenfassung:
Do not travel to Burkina Faso due to terrorism, crime, and kidnapping.  Country Summary: Terrorist groups continue plotting attacks in Burkina Faso. Terrorists may conduct attacks anywhere with little or no warning. Targets could include hotels, restaurants, police stations, customs offices, areas at or near mining sites, places of worship, military posts, and schools. Kidnapping and hostage taking is a threat throughout the country.  On May 10, 2019 a hostage rescue operation freed four international hostages that had been kidnapped in Burkina Faso and in neighboring Benin.    The Government of Burkina Faso has maintained a state of emergency in the entire East and Sahel regions, the provinces of Kossi and Sourou in the Boucle de Mouhoun region, the province of Kenedougou in the Hauts Bassins region, the province of Loroum in the North region, and the province of Koulpelogo in the Center-East region. The U.S. government is unable to provide emergency services to U.S. citizens throughout most of the country, as U.S. government personnel are restricted from travelling to regions outside the capitol due to security concerns. The U.S. Embassy prohibits U.S. government personnel from personal travel to the Karpala, Balkiui and Rayongo (also known as Dayongo) neighborhoods of Ouagadougou’s Arrondissement 11 due to the potential for security operations. On November 26, 2019, the Department ordered the departure of all minor family members of U.S. government employees, and the voluntary departure of non-emergency U.S. government employees and their family members. Read the Safety and Security section on the Country Information page. 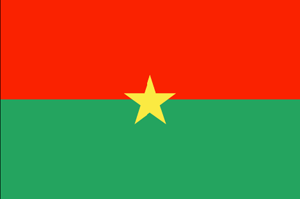