Zusammenfassung:
Do not travel to the Governorate of North Sinai, including the Suez-Taba road, due to crime and continued terrorist attacks on police and security forces (level 4 of 4). Do not travel within 50 kilometres of the border with Libya due to the risk of terrorism and ongoing military operations (level 4 of 4).

Zusammenfassung:
We now advise you exercise a high degree of caution in Sharm el Sheikh. Egypt has lifted all COVID-19 related entry restrictions. We advise: Reconsider your need to travel to Egypt overall due to the risk of terrorist attack. Other levels apply in some areas.

Zusammenfassung:
Last Update:  Reissued with updates to health information. Reconsider travel to Egypt due to terrorism. Exercise increased caution in Egypt due to the Embassy’s limited ability to assist dual national U.S.-Egyptian citizens who are arrested or detained. Do not travel to: The Sinai Peninsula (with the exception of travel to Sharm El-Sheikh by air) due to terrorism. The Western Desert due to terrorism. Egyptian border areas due to military zones. Country Summary: Terrorist groups continue plotting attacks in Egypt. Terrorists may attack with little or no warning, and have targeted diplomatic facilities, tourist locations, transportation hubs, markets/shopping malls, western businesses, restaurants, resorts, and local government facilities. Terrorists have conducted attacks in urban areas, including in Cairo, despite the heavy security presence. Terrorists have targeted religious sites, to include mosques, churches, monasteries, and buses traveling to these locations. Due to risks to civil aviation operating within or in the vicinity of Egypt, the Federal Aviation Administration (FAA) has issued a Notice to Air Missions (NOTAM) and/or a Special Federal Aviation Regulation (SFAR). For more information U.S. citizens should consult the Federal Aviation Administration’s Prohibitions, Restrictions and Notices. Local law prohibits protesting or demonstrating without a permit. Being near anti-government protests can draw scrutiny from Egyptian police and security forces. U.S. citizens have been detained for participating in protests and for posting content on social media perceived as critical of Egypt or its allies. The U.S. Embassy may have a limited ability to provide consular services to dual U.S.-Egyptian citizens. Egyptian law considers dual citizens to be Egyptian citizens. Read the country information page for additional information on travel to Egypt. 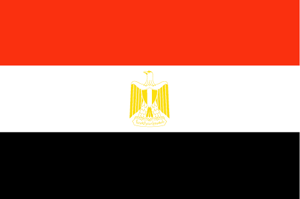