Zusammenfassung:
Exercise increased caution in Israel due to terrorism. Some areas have increased risk. Read the entire Travel Advisory. Do not travel to: Gaza due to terrorism, civil unrest, and armed conflict. Reconsider travel to: The West Bank due to terrorism, potentially violent civil unrest, and the potential for armed conflict. Terrorist groups and lone-wolf terrorists continue plotting possible attacks in Israel, the West Bank, and Gaza. Terrorists may attack with little or no warning, targeting tourist locations, transportation hubs, markets/shopping malls, and local government facilities. Violence can occur in Jerusalem and the West Bank without warning. U.S. government personnel can travel freely in Israel, except to areas in close proximity to Gaza, Syria, Lebanon, and Egypt.  Travel of U.S. government personnel is extremely limited throughout the West Bank, and occasionally portions of Jerusalem are off limits to personnel.   The U.S. government prohibits its employees from traveling Gaza.    Read the Safety and Security section on the country information page.

Zusammenfassung:
Avoid non-essential travel to Israel’s border with Gaza due to civil unrest, the risk of rocket fire and military operations. Avoid non-essential travel to the occupied Palestinian territory of the West Bank (not including East Jerusalem, Bethlehem, Jericho and Ramallah) due to the unpredictable security situation and the potential for violent civil unrest.

Zusammenfassung:
Do not travel to the occupied Palestinian territory of Gaza (including the waters off Gaza) due to the unpredictable security situation, threat of kidnapping and potential for military operations. New Zealanders currently in Gaza are advised to depart as soon as it is safe to do so. The New Zealand government has an extremely limited ability to provide assistance to New Zealand nationals in Gaza. Do not travel to Sheba’a Farms and Ghajjar or within 500 metres of the border with Lebanon (the “Blue Line”) due to the risk of rocket fire, militant activity and military operations. Do not travel to all parts of the Israeli-occupied Golan Heights to the east of route 98, or to the border area with Syria, due to the possibility of rocket fire, militant activity and military operations.

Avoid all travel to certain areas. 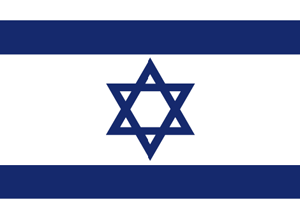