Zusammenfassung:
Reissued with updates to security information and an expansion of locations to avoid travel. Exercise increased caution in Benin due to crime, kidnapping, terrorism, and maritime crime. Some areas have increased risk. Read the entire Travel Advisory. Do Not Travel to: The northern regions of Benin, including: The cities of Kandi and Tanguieta North from Kandi and Tanguieta to the Niger / Burkina Faso border Pendjari and W National Parks, Zones Cynegetique De La Pendjari, De Latakora, and De Djona, and the adjacent hunting zones RNIE 7 between Banikora and Segbana RN10 between Nikki and Segbana Violent crime, such as armed robbery and assault, is common in Benin. There is a risk of maritime crime, including violent attacks and kidnapping at sea, in the Gulf of Guinea. Terrorists continue plotting attacks in Benin. Terrorists may attack with little or no warning, and could target shop, markets, hotels, places of worship, restaurants, bars, schools, government installations, transportation hubs, and other places where crowds gather. Read the country information page for additional information on travel to Benin. 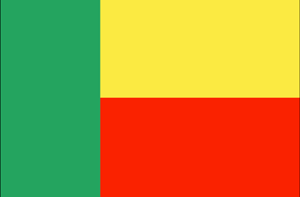