It is not safe to travel Libya.

Libya is a country in Africa (Northern Africa) with around 7 million citizens and a land mass of 1,759,540 km². We detected travel advisories from 8 sources for this country.

Brief summary:
Do not travel to Libya due to ongoing conflict and the threat of terrorism and kidnapping (level 4 of 4). New Zealanders currently in Libya are strongly advised to depart immediately. As there is no New Zealand diplomatic presence in Libya, the ability of the government to assist New Zealand citizens is severely limited.  We offer advice to New Zealanders about contingency planning that travellers to Libya should consider.

Brief summary:
We've reviewed our advice for Libya. We haven't changed the overall level of our advice, do not travel. If you're in Libya and it's safe to do so, leave as soon as possible. Monitor the website and social media of airlines and airports for available flights. We can’t advise you on the safety of departure options. Due to the ongoing unrest, our ability to provide consular services is severely limited. Contact the Embassy in Rome if you require consular assistance. We advise: Do not travel to Libya due to ongoing fighting, unstable security, and the high threat of terrorist attack and kidnapping.

Brief summary:
Last Update: Reissued with updates to health information. Do not travel to Libya due to crime, terrorism, civil unrest, kidnapping, and armed conflict. Country Summary: Crime levels in Libya remain high, including the threat of kidnapping for ransom. Westerners and U.S. citizens have been targets of these crimes. Terrorist groups continue plotting attacks in Libya. Violent extremist activity in Libya remains high, and extremist groups have made threats against U.S. government officials and citizens. Terrorists may attack with little or no warning, targeting tourist locations, hotels, transportation hubs, markets/shopping malls, and government facilities. Outbreaks of violence between competing armed groups can occur with little warning and have the potential to impact U.S. citizens. The capital, Tripoli, and other cities, such as Surman, Al-Jufra, Misrata, Ajdabiya, Benghazi, Sabha, and Dernah, have witnessed fighting among armed groups, as well as terrorist attacks. Hotels and airports frequented by Westerners have been the targets of these attacks. Even demonstrations intended to be peaceful can turn confrontational and escalate into violence. Militia or armed groups sometimes detain travelers for arbitrary reasons, do not grant detainees access to a lawyer or a legal process, and do not allow detainees to inform others of their status. U.S. citizens should carry proof of citizenship and valid immigration status at all times, but having these documents does not guarantee fair treatment. Some international and national airports are closed, and flights out of operational airports are sporadic and may be cancelled without warning. The U.S. government is very concerned about the targeting of commercial transportation in Libya and prohibits U.S. commercial aviation operations within Libyan airspace. The U.S. government is unable to provide emergency or routine assistance to U.S. citizens in Libya, as the U.S. Embassy in Tripoli suspended its operations in July 2014. Due to risks to civil aviation operating within or in the vicinity of Libya, the Federal Aviation Administration (FAA) has issued a Notice to Airmen (NOTAM) and/or a Special Federal Aviation Regulation (SFAR). For more information U.S. citizens should consult the Federal Aviation Administration’s Prohibitions, Restrictions and Notices. Read the country information page for additional information on travel to Libya. 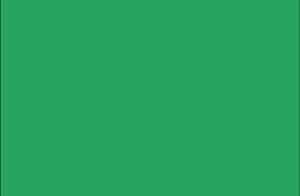 This section gives some brief answers to common questions regarding travel safety in Libya.

We got distinct notes that traveling Libya isn't safe right now. The risk index is at 5 out of 5 possible points. We advise against travel.

How many countries have issued advisories for Libya?

We currently know of 8 countries having issued advisories for Libya.