Zusammenfassung:
Do not travel to Iraq including the Kurdistan region due to the volatile and unpredictable security situation, the ongoing threat of terrorism, violent extremism and organised crime (level 4 of 4). New Zealanders currently in Iraq despite our advice who have concerns for their safety are strongly advised to depart as soon as possible.

Zusammenfassung:
There have been recent violent clashes in and around the International Green Zone in Baghdad and other governorates of Iraq. The violence has de-escalated, but the security situation throughout Iraq remains volatile. Due to the volatile security environment and the ongoing threat of kidnappings, you should leave Iraq immediately by commercial means if it's safe to do so. If you're staying in Iraq, be alert and check media for updates on new threats. We continue to advise: Do not travel to Iraq, including the Kurdistan Region of Iraq, due to the volatile security situation and very high risk of violence, armed conflict, kidnapping and terrorist attack.

Zusammenfassung:
Last Update: Reissued with updates to health information. Do not travel to Iraq due to terrorism, kidnapping, armed conflict, civil unrest, and Mission Iraq’s limited capacity to provide support to U.S. citizens. Country Summary: U.S. citizens in Iraq are at high risk for violence and kidnapping. Terrorist and insurgent groups regularly attack both Iraqi security forces and civilians. Anti-U.S. sectarian militias threaten U.S. citizens and Western companies throughout Iraq. Attacks using improvised explosive devices (IEDs) occur in many areas of the country, including Baghdad. Demonstrations, protests, and strikes occur frequently. These events can develop quickly without prior notification, often interrupting traffic, transportation, and other services; such events have the potential to turn violent. Public consular services at the Embassy remain suspended until further notice as a result of terrorist attacks on the Embassy compound on December 31, 2019. U.S. Consulate General Erbil remains open for routine American Citizens Services but is only able to provide limited appointments for nonimmigrant visa interviews. Due to security concerns, U.S. Embassy personnel in Baghdad are instructed to not use Baghdad International Airport. U.S. citizens should not travel through Iraq to Syria to engage in armed conflict, where they would face extreme personal risks (kidnapping, injury, or death) and legal risks (arrest, fines, and expulsion). The Kurdistan Regional Government stated that it will impose prison sentences of up to ten years on individuals who illegally cross the border. Additionally, fighting on behalf of, or supporting designated terrorist organizations, is a crime that can result in penalties, including prison time and large fines in the United States. Due to risks to civil aviation operating within or in the vicinity of Iraq, the Federal Aviation Administration (FAA) has issued a Notice to Air Missions (NOTAM) and/or a Special Federal Aviation Regulation (SFAR). For more information, U.S. citizens should consult the Federal Aviation Administration’s Prohibitions, Restrictions and Notices. Read the country information page for additional information on travel to Iraq. 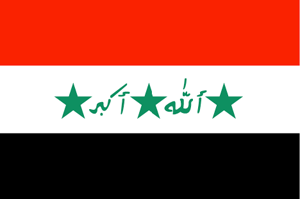