Zusammenfassung:
Exercise increased caution elsewhere in Türkiye, including in Ankara and Istanbul, due to the heightened threat of terrorism and the possibility of demonstrations (level 2 of 4).

Zusammenfassung:
Avoid non-essential travel to the provinces of Hakkari and Sirnak in south-east Türkiye due to the unpredictable security situation and the threat of terrorism and kidnapping (level 3 of 4).

Zusammenfassung:
Do not travel within 10 kilometres of the border with Syria due to the threat of terrorism, kidnapping and the potential for violence associated with the ongoing conflict in Syria (level 4 of 4).  Do not travel to the city of Diyarbakir in south-east Türkiye due to the risk of terrorism, civil unrest and the unpredictable security situation (level 4 of 4).

Zusammenfassung:
Last Update: Reissued with updates to health information. Exercise increased caution when traveling to Turkey due to terrorism and arbitrary detentions.  Some areas have increased risk.  Read the entire Travel Advisory. Do Not Travel To: Sirnak province, Hakkari province, and any area within six miles (ten kilometers) of the Syrian border due to terrorism. Country Summary: Terrorist groups continue plotting possible attacks in Turkey. Terrorists may attack with little or no warning, targeting tourist locations, transportation hubs, markets/shopping malls, local government facilities, hotels, clubs, restaurants, places of worship, parks, major sporting and cultural events, educational institutions, airports, and other public areas. Security forces have detained tens of thousands of individuals, including U.S. citizens, for alleged affiliations with terrorist organizations based on scant or secret evidence and grounds that appear to be politically motivated. U.S. citizens have also been subject to travel bans that prevent them from departing Turkey. Participation in demonstrations not explicitly approved by the Government of Turkey, as well as criticism of the government (including on social media) can result in arrest. Read the country information page for additional information on travel to Turkey. 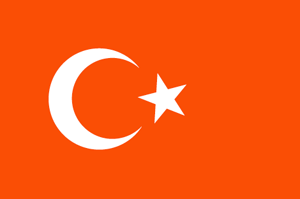