Zusammenfassung:
Avoid non-essential travel elsewhere in Pakistan due to the threat of terrorism, the risk of kidnapping, potential for civil unrest, sectarian violence and the unpredictable security situation (level 3 of 4). New Zealanders in Pakistan with concerns for their safety should consider leaving the country.

Zusammenfassung:
Do not travel to Balochistan, Khyber-Pakhtunkhwa (except for Chitral district), and Pakistan-Administered Kashmir due to the high risk of kidnapping, terrorism and the unpredictable security situation (level 4 of 4). Do not travel to the border areas with Afghanistan and India, including the line of control, due to the volatile security situation (level 4 of 4). This does not include Lahore, Wagah, Kasur, Narowal, Sialkot (except for areas within 15km of the border) and the Wagah official border crossing point.

Zusammenfassung:
On 25 December 2022, the US Government warned its citizens of information that unknown individuals are possibly planning an attack at the Marriott Hotel in Islamabad during the holidays. Heightened security arrangements are in place and public events have been banned. Australian officials in Islamabad have been advised to increase vigilance and limit travel within the city. You should exercise heightened vigilance and monitor the media for latest updates (See ‘Safety’). We advise: Reconsider your need to travel to Pakistan overall due to the volatile security situation and high threat of terrorist attack, kidnapping and violence. Higher levels apply in some areas.

Zusammenfassung:
Last Update: Reissued with updates to health information. Reconsider travel to Pakistan due to terrorism and sectarian violence. Some areas have increased risk. Read the entire Travel Advisory. Do not travel to: Balochistan province and Khyber Pakhtunkhwa (KPK) province, including the former Federally Administered Tribal Areas (FATA), due to terrorism and kidnapping.  The immediate vicinity of the Line of Control due to terrorism and the potential for armed conflict. Country Summary: Terrorist groups continue plotting attacks in Pakistan. A local history of terrorism and ongoing ideological aspirations of violence by extremist elements have led to indiscriminate attacks on civilian as well as local military and police targets. Terrorists may attack with little or no warning, targeting transportation hubs, markets, shopping malls, military installations, airports, universities, tourist locations, schools, hospitals, places of worship, and government facilities. Terrorists have targeted U.S. diplomats and diplomatic facilities in the past. Terrorist attacks continue to happen across Pakistan, with most occurring in Balochistan and KPK, including the former FATA. Large-scale terrorist attacks have resulted in numerous casualties. Pakistan’s security environment has improved since 2014 when Pakistani security forces undertook concerted counter terrorist and counter militant operations. There are greater security resources and infrastructure in the major cities, particularly Islamabad, and security forces in these areas may be more readily able to respond to an emergency compared to other areas of the country. While threats still exist, terrorist attacks are rare in Islamabad. The U.S. government has limited ability to provide emergency services to U.S. citizens in Pakistan due to the security environment. Travel by U.S. government personnel within Pakistan is restricted, and additional restrictions on movements by U.S. government personnel outside of U.S. diplomatic facilities may occur at any time, depending on local circumstances and security conditions, which can change suddenly. The U.S. Consulate General in Peshawar is unable to provide any consular services to U.S. citizens. Due to risks to civil aviation operating within or near Pakistan, the Federal Aviation Administration (FAA) has issued a Notice to Air MIssions (NOTAM) and/or a Special Federal Aviation Regulation (SFAR). For more information, U.S. citizens should consult the Federal Aviation Administration’s Prohibitions, Restrictions, and Notices. Read the country information page for additional information on travel to Pakistan. 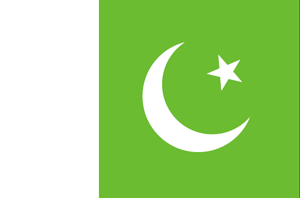