Zusammenfassung:
Exercise increased caution in Ukraine due to crime, civil unrest and elections. Some areas have increased risk. Read the entire Travel Advisory. Do not travel to: Crimea due to arbitrary detentions and other abuses by Russian occupation authorities. The eastern parts of the Donetsk and Luhansk oblasts, especially the non-government-controlled areas, due to armed conflict. Crime targeting foreigners and property is common. Demonstrations, which have turned violent at times, regularly occur throughout Ukraine, including in Kyiv. Politically targeted assassinations and bombings have also occurred. There are reports of violence by extreme nationalist groups. Parliamentary elections in Ukraine are expected to occur July 21. The risk of violence is heightened during election periods, and in the lead-up to previous elections some election-related demonstrations have resulted in violence. The Federal Aviation Administration (FAA) prohibits U.S. civil aviation from flying in the Ukrainian Simferopol (UKFV) and Dnipropetrovsk (UKDV) Flight Information Regions. For more information, U.S. citizens should consult the Federal Aviation Administration’s Prohibitions, Restrictions and Notices. Read the Safety and Security section on the country information page.

Zusammenfassung:
Do not travel to Crimea due to the uncertain security situation.  Do not travel to Donetsk and Luhansk regions due to ongoing violent conflict and the volatile security situation.  New Zealanders currently in Crimea and the Donetsk and Luhansk regions are advised to depart as soon as it is safe to do so. The New Zealand Government is severely limited in its ability to provide consular assistance to New Zealand citizens in these areas.

Avoid all travel to certain areas. 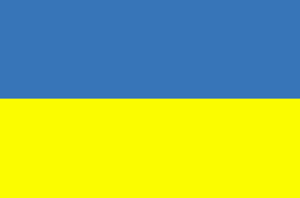