Zusammenfassung:
Do not travel to Russia due to the impacts the armed conflict with Ukraine has had on commercial flight availability and access to financial services. There is also potential for the security situation to deteriorate with little warning (level 4 of 4). Do not travel to Chechnya, Dagestan, Ingushetia, Kabardino-Balkaria, Karachai-Cherkessia, Republic of North Ossetia and the south-east parts of Stavropol Krai in the North Caucasian Federal District (level 4 of 4). Terrorism, kidnapping and military activity in these areas presents a significant risk to security.

Zusammenfassung:
Do not travel to Russia due to the security environment and the impacts of the Russian invasion of Ukraine. Terrorists are very likely to try to carry out attacks in Russia. Terrorist groups, including al-Qaeda and Daesh-aligned groups, continue to call for attacks in Russia. Attacks can be indiscriminate and may occur on or around seasonal, festive, or religious events in public places and could include popular tourist sites. Russia has seen a number of terrorist attacks which have caused large casualty numbers, including in Moscow and St Petersburg, and Russia's aviation has also been targeted. Attacks may occur with little or no warning. The security situation could deteriorate further with little warning. Security incidents often occur in the regions of Russia bordering Ukraine, including explosions and large fires. Do not attempt to travel to the Russia-Ukraine border or cross into Ukraine from Russia. Russian authorities may adopt a more negative attitude towards foreigners in Russia and enforce local laws in an arbitrary manner. Avoid any protests or demonstrations and avoid commenting publicly on political developments. Russia has introduced a 'medium response level' and a 'heightened preparedness' level in several regions. A basic readiness level is in place in the rest of Russia. There may be an increase in security personnel and installations. A range of security measures or restrictions may be introduced with little to no notice. If you're in Russia, leave immediately using the limited commercial options available or private means if it's safe to do so. Review your personal security plans and carefully consider the safest means and route to depart. You're responsible for your own safety and that of your family. Make sure your travel documents are up to date. If, despite our advice, you decide to enter Russia, expect thorough security checks at the border, including questioning and inspections of electronic devices. Our ability to provide consular assistance in Russia is limited. The Australian Government will not be able to evacuate you from Russia. If you have significant concerns for your welfare, or that of another Australian, contact the Consular Emergency Centre on 1300 555 135 in Australia or +61 2 6261 3305 outside Australia. If you're in Russia, register with the Department of Foreign Affairs and Trade's registration portal for Australian citizens in Russia – see the 'Safety' section for details on how to register. We continue to advise: Do not travel to Russia due to the security environment and the impacts of the military conflict with Ukraine.

Zusammenfassung:
Click Here for Important Information for U.S. Citizens Seeking to Depart Russia. Last Update: Reissued with updates to health information. Do not travel to Russia due to the unprovoked and unjustified invasion of Ukraine by Russian military forces, the potential for harassment against U.S. citizens by Russian government security officials, the singling out of U.S. citizens in Russia by Russian government security officials including for detention, the arbitrary enforcement of local law, limited flights into and out of Russia, the Embassy’s limited ability to assist U.S. citizens in Russia, COVID-19-related restrictions, and terrorism. U.S. citizens residing or travelling in Russia should depart Russia immediately. Exercise increased caution due to wrongful detentions. U.S. citizens should note that U.S. credit and debit cards no longer work in Russia, and options to electronically transfer funds from the United States are extremely limited as a result of sanctions imposed on Russian banks. There are reports of cash shortages within Russia. Limited commercial flight options and overland routes by car and bus are still open and available. If you wish to depart Russia, you should make arrangements on your own as soon as possible. The U.S. Embassy has severe limitations on its ability to assist U.S. citizens, and conditions, including transportation options, may suddenly become even more limited. U.S. citizens who are able to depart Russia for another country and are in need of emergency assistance upon arrival may contact a U.S. embassy or consulate in that country. Due to Russia’s further invasion of Ukraine, an increasing number of airlines are cancelling flights into and out of Russia, and numerous countries have closed their airspace to Russian airlines. In addition, airspace around southern Russia is restricted, and a number of airports in the area have closed. U.S. citizens located in, or considering travel to, the districts of the Russian Federation immediately bordering Ukraine should be aware that the situation along the border is dangerous and unpredictable. Given the ongoing armed conflict, U.S. citizens are strongly advised against traveling by land from Russia to Ukraine. In addition, there is the potential throughout Russia of harassment of foreigners, including through regulations targeted specifically against foreigners. The U.S. government’s ability to provide routine or emergency services to U.S. citizens in Russia is severely limited, particularly in areas far from the U.S. Embassy in Moscow, due to Russian government limitations on travel, the number of U.S. staff, and the ongoing suspension of operations, including consular services, at U.S. consulates. Do Not Travel to: The North Caucasus, including Chechnya and Mount Elbrus, due to terrorism, kidnapping, and risk of civil unrest. Crimea due to Russia’s occupation of the Ukrainian territory and abuses by its occupying authorities. Country Summary: U.S. citizens, including former and current U.S. government and military personnel and private citizens engaged in business, who are visiting or residing in Russia have been interrogated without cause and threatened by Russian officials, and may become victims of harassment, mistreatment, and extortion. All U.S. government personnel should carefully consider their need to travel to Russia. Russian security services have arrested U.S. citizens on spurious charges, singled out U.S. citizens in Russia for detention and/or harassment, denied them fair and transparent treatment, and have convicted them in secret trials and/or without presenting credible evidence. Russian officials may unreasonably delay U.S. consular assistance to detained U.S. citizens. Russian authorities arbitrarily enforce local laws against U.S. citizen religious workers and open questionable criminal investigations against U.S. citizens engaged in religious activity. Russian security services are increasing the arbitrary enforcement of local laws to target foreign and international organizations they consider “undesirable,” and U.S. citizens should avoid travel to Russia to perform work for or volunteer with non-governmental organizations. Russian authorities may not notify the U.S. Embassy of the detention of a U.S. citizen, and consular access to detainees may be denied or severely delayed. Russia enforces special restrictions on dual U.S.-Russian nationals and may refuse to acknowledge dual nationals’ U.S. citizenship, including denying access to U.S. consular assistance and preventing their departure from Russia. The rights to peaceful assembly and freedom of expression are not guaranteed in Russia, and U.S. citizens should avoid all political or social protests. Terrorist groups, transnational and local terrorist organizations, and individuals inspired by extremist ideology continue plotting possible attacks in Russia. Terrorists may attack with little or no warning, targeting tourist locations, transportation hubs, markets/shopping malls, local government facilities, hotels, clubs, restaurants, places of worship, parks, major sporting and cultural events, educational institutions, airports, and other public areas. The Federal Aviation Administration (FAA) has issued a Notice to Air Missions (NOTAM) prohibiting U.S. aviation operations into, out of, within, or over those areas of the Moscow Flight Information Region (FIR), the Samara FIR (UWWW) and the Rostov-na-Donu (URRV) FIR within 160NM of the boundaries of the Dnipro (UKDV) Flight Information Regions. For more information, U.S. citizens should consult the Federal Aviation Administration’s Prohibitions, Restrictions, and Notices. Read the country information page for additional information on travel to Russia. 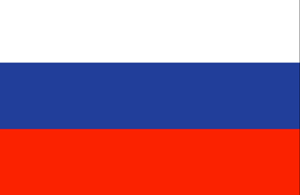