Zusammenfassung:
Do not travel to Venezuela due to the unstable political and economic situation, ongoing high levels of violent crime, the potential for violent civil unrest, and shortages of food, medicine and other basic supplies (level 4 of 4). There is a risk of kidnapping due to drug traffickers and illegal armed groups operating within 80 kilometres of the border with Colombia, particularly in the States of Zulia, Tachira and Apure.

Zusammenfassung:
Last Update: Reissued with updates to the risk indicators. Do not travel to Venezuela due to crime, civil unrest, kidnapping, and the arbitrary enforcement of local laws.  Reconsider travel due to wrongful detentions, terrorism, and poor health infrastructure. Country Summary:  On March 11, 2019, the U.S. Department of State announced the withdrawal of diplomatic personnel from U.S. Embassy Caracas.  All consular services, routine and emergency, remain suspended until further notice.  The U.S. government has limited ability to provide emergency services to U.S. citizens in Venezuela.  U.S. citizens in Venezuela who require consular services should try to leave the country as soon as safely possible and contact a U.S. embassy or consulate in another country. Violent crimes, such as homicide, armed robbery, kidnapping, and carjacking, are common.  Political rallies and demonstrations occur, often with little notice.  Demonstrations typically elicit a strong police and security force response that includes the use of tear gas, pepper spray, and rubber bullets against participants and occasionally devolve into looting and vandalism.  Reports from the Independent International Fact-Finding Mission document human rights abuses attributed to the Maduro regime, including torture, extrajudicial killings, forced disappearances, and detentions without due process and/or fair trial guarantees or as a pretext for an illegitimate purpose.  Shortages of gasoline, food, electricity, water, medicine, and medical supplies continue throughout much of Venezuela.  The CDC issued a Level 3 ‘Avoid Nonessential Travel’ notice on September 30, 2021, due to inadequate healthcare and the breakdown of the medical infrastructure in Venezuela. The Department has determined that there is a risk of wrongful detention of U.S. nationals by the Maduro regime. Regime-aligned security forces have detained U.S. citizens for long periods.  The Maduro regime does not notify the U.S. government of the detention of U.S. citizens and the U.S. government is not granted routine access to those U.S. citizens. Colombian terrorist groups, such as the National Liberation Army (ELN), Revolutionary Armed Forces of Colombia – People’s Army (FARC-EP), and Segunda Marquetalia, operate in Venezuela’s border areas with Colombia, Brazil, and Guyana. Due to risks to civil aviation operating within or in the vicinity of Venezuela, the Federal Aviation Administration (FAA) has issued a Notice to Air Missions (NOTAM) prohibiting all flight operations in the territory and airspace of Venezuela at altitudes below 26,000 feet. .  For more information, U.S. citizens should consult the Federal Aviation Administration’s Prohibitions, Restrictions and Notices.  Emergency medical evacuation flights between the United States and Venezuela may not be possible. Read the country information page for additional information on travel to Venezuela. 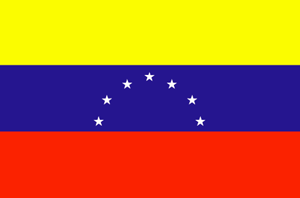