Zusammenfassung:
Exercise increased caution elsewhere in Colombia due to violent crime and the threat of terrorism (level 2 of 4).

Zusammenfassung:
Avoid non-essential travel to the departments of Arauca, Caquetá, Cauca (except the city of Popayán), Chocó (except Quibdó, Nuqui, Bahia Solano and Capurganá), Guainía, Guaviare, Meta (except Villavicencio and Caño Cristales), Nariño (except the city of Pasto and the border crossing in Ipiales), Norte de Santander, Putumayo, Vichada and rural areas of northern Antioquia, southern Bolívar, southern Cordoba and Valle del Cauca (except Cali) due to the presence of illegal armed groups, and drug-related criminal activity (level 3 of 4).

Zusammenfassung:
Do not travel to the cities of Buenaventura and Tumaco, and in the border areas with Ecuador (except the border crossing at Ipiales), Panama (within Chocó) and Venezuela due to high levels of criminal activity and the threat of kidnapping (level 4 of 4).

Zusammenfassung:
Reissued with updates to high-risk areas. Reconsider travel due to crime and terrorism. Exercise increased caution due to civil unrest and kidnapping. Some areas have increased risk. Read the entire Travel Advisory. Do Not Travel to: Arauca, Cauca (excluding Popayán), and Norte de Santander departments due to crime and terrorism. The Colombia-Venezuela border region due to crime, kidnapping, and risk of detention when crossing into Venezuela from Colombia.    Country Summary: Violent crime, such as homicide, assault, and armed robbery, is widespread. Organized criminal activities, such as extortion, robbery, and kidnapping, are common in some areas. The National Liberation Army (ELN), Revolutionary Armed Forces of Colombia - People’s Army (FARC-EP), and Segunda Marquetalia terrorist organizations continue operating and launching attacks in Colombia. They may attack with little or no warning, targeting tourist locations, transportation hubs, markets/shopping malls, local government facilities, police stations, military facilities, hotels, clubs, restaurants, places of worship, parks, major sporting and cultural events, educational institutions, airports, and other public areas. While terrorists have not specifically targeted U.S. citizens, the attacks could result in unintended victims. Demonstrations occur regularly throughout the country. Large public demonstrations can take place for a variety of political and economic issues. Demonstrations can shutdown roads and major highways, often without prior notice or estimated reopening timelines. Road closures may significantly reduce access to public transportation and may disrupt travel both within and between cities. Nationwide protests in 2021 resulted in fatalities and injuries. U.S. government employees must adhere to the noted restrictions: U.S. government employees are not permitted to travel by road between most major cities. Colombia’s land border areas are off-limits to U.S. government personnel unless specifically authorized. U.S. government employees may not use motorcycles U.S. government employees may not hail street taxis or use public transportation. Read the country information page for additional information on travel to Colombia. 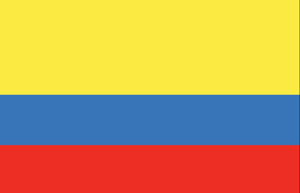