Zusammenfassung:
We currently advise that all New Zealanders do not travel overseas at this time due to the outbreak of COVID-19, associated health risks and widespread travel restrictions. The global situation remains complex and rapidly changing. International travel can be complicated with fewer international flights available and disruptions to transit routes and hubs. Any destination could experience a sudden increase in cases of COVID-19 and a heightened risk to travellers of contracting the virus. Strict health measures and movement restrictions could be imposed suddenly. Should you decide to travel despite our advice, be prepared to remain overseas longer than you intended. You should also be aware that your travel insurance may not cover travel disruption or medical expenses. Managed Isolation and Quarantine in New Zealand All travellers to New Zealand must undertake 14 days of government-provided managed isolation and quarantine (MIQ). Detailed information about MIQ requirements in New Zealand can be found at www.miq.govt.nz. Pre-departure testing requirements for travellers to New Zealand All travellers to New Zealand (excluding those from Antarctica, Australia and most Pacific Islands) must show evidence of a negative COVID-19 test result before departure. Detailed information about pre-departure testing requirements can be found on the Unite Against Covid-19 website here. We recognise that some New Zealanders do continue to live and travel overseas. We continue to provide destination-specific advice about other safety and security risks below.

Zusammenfassung:
Reconsider travel to Democratic Republic of the Congo due to COVID-19, crime, civil unrest and Ebola. Some areas have increased risk. Read the entire Travel Advisory. Read the Department of State’s COVID-19 page before you plan any international travel.  The Centers for Disease Control and Prevention (CDC) has issued a Level 4 Travel Health Notice for Democratic Republic of the Congo due to COVID-19.   Democratic Republic of the Congo has resumed most transportation options, (including airport operations and re-opening of borders) and business operations (including day cares and schools).  Other improved conditions have been reported within Democratic Republic of the Congo. Visit the Embassy's COVID-19 page for more information on COVID-19 in Democratic Republic of the Congo.  Do Not Travel To: North Kivu province due to crime, civil unrest, terrorism, Ebola, armed conflict, and kidnapping. Ituri province due to crime, civil unrest, terrorism, armed conflict, and kidnapping. The eastern DRC region and the three Kasai provinces (Kasai, Kasai-Oriental, Kasai-Central) due to crime, civil unrest, armed conflict and kidnapping.  Country Summary: Violent crime, such as armed robbery, armed home invasion, and assault, is common and local police lack resources to respond effectively to serious crime. Assailants may pose as police or security agents. Demonstrations are common in many cities and some have turned violent. Police have at times responded with heavy-handed tactics that resulted in civilian casualties and arrests. The U.S. government has extremely limited ability to provide emergency consular services to U.S. citizens outside of Kinshasa due to poor infrastructure and security conditions. Read the country information page.

Zusammenfassung:
DRC has opened some of its international borders and resumed international flights from Kinshasa N’Djili International Airport and domestic flights from most airports. COVID-19 testing and quarantine requirements apply on arrival and prior to departure from the DRC. Contact your airline directly for the latest update and register with the Canadian Embassy in Kinshasa for advice on departure options. We continue to advise: Do not travel to the Democratic Republic of the Congo due to the health risks from the COVID-19 pandemic and the significant disruptions to global travel. 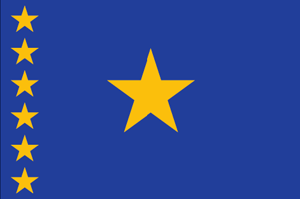