It is not safe to travel Haiti.

Haiti is a country in North America (Caribbean) with around 9 million citizens and a land mass of 27,750 km². We detected travel advisories from 6 sources for this country.

Haiti shares a land border with Dominican Republic. For this country, the Danger Index is 3. See danger map of the region.

Brief summary:
Do not travel to Haiti due to the high level of kidnapping, violent crime and civil unrest (level 4 of 4).

Brief summary:
Last Update: Updated to reflect changes to U.S. Embassy Port au Prince operational status. Do not travel to Haiti due to kidnapping, crime, and civil unrest.  U.S. citizens should depart Haiti now in light of the current security and health situation and infrastructure challenges.  U.S. citizens wishing to depart Port-au-Prince should monitor local news and only do so when considered safe. Country Summary: Kidnapping is widespread, and victims regularly include U.S. citizens. Kidnappers may use sophisticated planning or take advantage of unplanned opportunities, and even convoys have been attacked. Kidnapping cases often involve ransom negotiations and U.S. citizen victims have been physically harmed during kidnappings. Victims’ families have paid thousands of dollars to rescue their family members. Violent crime, such as armed robbery and carjacking, is common. Travelers are sometimes followed and violently attacked and robbed shortly after leaving the Port-au-Prince international airport. Robbers and carjackers also attack private vehicles stuck in heavy traffic congestion and often target lone drivers, particularly women. As a result, the U.S. Embassy requires its personnel to use official transportation to and from the airport. Protests, demonstrations, tire burning, and roadblocks are frequent, unpredictable, and can turn violent. The U.S. government is extremely limited in its ability to provide emergency services to U.S. citizens in Haiti – assistance on site is available only from local authorities (Haitian National Police and ambulance services). Local police generally lack the resources to respond effectively to serious criminal incidents. U.S. government personnel are discouraged from walking in Port-au-Prince and other neighborhoods. Only adult family members over the age of 18 are permitted to accompany U.S. government employees assigned to the U.S. Embassy in Port-au-Prince. U.S. government personnel in Haiti are prohibited from: Visiting establishments after dark without secure, on-site parking; Using any kind of public transportation or taxis; Visiting banks and using ATMs; Personnel are limited only to the confined area around the Embassy after dark; Traveling anywhere between 1:00 a.m. and 5:00 a.m. Visiting certain parts of the city at any time without prior approval and special security measures in place. Read the country information page for additional information on travel to Haiti. The Haitian Ministry of Health and Population (MSPP) has confirmed an outbreak of cholera in the country.  The MSPP recommends that individuals adopt public health safety measures, including hand washing and drinking potable, treated or bottled water.  Visit the CDC page for the latest Travel Health Information related to your travel. 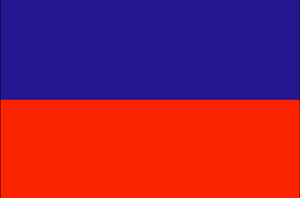 This section gives some brief answers to common questions regarding travel safety in Haiti.

We got distinct notes that traveling Haiti isn't safe right now. The risk index is at 4.8 out of 5 possible points. We advise against travel.

How many countries have issued advisories for Haiti?

We currently know of 6 countries having issued advisories for Haiti.

Haiti shares a land border with Dominican Republic. For this country, the Danger Index is 3. See danger map of the region.