Please reconsider your need to travel to Nicaragua.

Nicaragua is a country in North America (Central America) with around 6 million citizens and a land mass of 129,494 km². We detected travel advisories from 5 sources for this country.

Nicaragua shares land borders with Costa Rica and Honduras. For these countries, the individual warning index is 3.5 (Costa Rica) and 3.4 (Honduras). See danger map of the region.

The European Centre for Disease Prevention and Control currently reports 18,491 cases of COVID-19 (infection with SARS-CoV-2 or Coronavirus).

There are 225 reported deaths associated with the disease in Nicaragua.

Brief summary:
Commercial flights out of Nicaragua have resumed. Where flights do become available, book directly with the airline. If you plan to enter Nicaragua, you must present a negative COVID-19 test (PCR) taken within 72 hours of entry or 96 hours before entry if you're travelling from Asia, Africa, Australia or the Pacific region. If you're granted entry, you'll be monitored by phone by health officials for 14 days. You'll be denied entry if you have respiratory symptoms or a fever. We advise: Reconsider your need to travel to Nicaragua due to the impacts of COVID-19.

Brief summary:
Reconsider travel to Nicaragua due to limited healthcare availability and arbitrary enforcement of laws. Exercise increased caution in Nicaragua due to crime. Country Summary: The government of Nicaragua arbitrarily enforces laws for political purposes. Throughout Nicaragua, government officials and law enforcement continue to target those opposed to the rule of President Ortega. The government and its affiliated groups have been reported to: Systematically target opposition figures (regardless of nationality), including former allies, political activists, business representatives, clergy, human rights advocates, and members of the press. Arbitrarily detain pro-democracy advocates. Prevent certain individuals from departing Nicaragua by air or land for political reasons. Arbitrarily seize and/or search private property including personal phones and computers for anti-government content. Arbitrarily detain individuals with unfounded charges of terrorism, money laundering, and organized crime for political motives. U.S. citizens have reported being subject to this treatment, including harassment and assault by masked individuals.  U.S. citizen residents of Nicaragua also report increased scrutiny of alleged political speech and additional scrutiny by immigration officials.  Travelers should exercise increased caution and be alert to the risks of crime, including violent crimes such as sexual assault and armed robbery. Poor infrastructure in parts of the country limits the Embassy’s ability to assist U.S. citizens in emergencies. U.S. government personnel may be subject to restrictions on their movements at any time. Read the country information page for additional information on travel to Nicaragua. The Centers for Disease Control and Prevention (CDC) has determined Nicaragua has an unknown level of COVID-19.  Visit the CDC page for the latest Travel Health Information related to your travel. 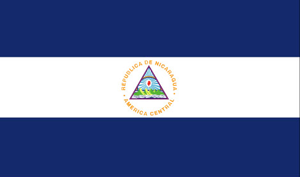 This section gives some brief answers to common questions regarding travel safety in Nicaragua.

There are some travel advisories for Nicaragua. With a risk index of 3.6 out of 5 possible point, we suggest you consult your local authorities before booking a flight.

How many countries have issued advisories for Nicaragua?

We currently know of 5 countries having issued advisories for Nicaragua.

Nicaragua shares land borders with Costa Rica and Honduras. For these countries, the individual warning index is 3.5 (Costa Rica) and 3.4 (Honduras). See danger map of the region.