It is not safe to travel Somalia.

Somalia is a country in Africa (Eastern Africa) with around 10 million citizens and a land mass of 637,657 km². We detected travel advisories from 7 sources for this country.

Somalia shares land borders with 3 neighbouring states. For this country, the Danger Index is 3.3 (average value for all countries). All countries habe been reported as somehow dangerous: Ethiopia (3.5), Djibouti with (3.2) and Kenya with (3.1 of 5). See danger map of the region.

Brief summary:
Do not travel to Somalia, including Somaliland (level 4 of 4). New Zealanders currently in Somalia are advised to leave. There is a significant threat from terrorism, kidnapping, armed conflict and a high level of violent crime throughout the country. New Zealanders who decide to travel to Somalia against our advice should ensure that appropriate personal security protection measures are in place at all times. We strongly recommend you consult a reputable security company with experience in Somalia for advice on security arrangements. Security arrangements should be reviewed on a regular basis. Such measures may mitigate the risks to your safety but cannot eliminate them entirely. No part of Somalia can be considered safe. This includes large cities such as Mogadishu and Kismayo.

Brief summary:
Reissued with updates to security information. Do not travel to Somalia due to crime, terrorism, civil unrest, health issues, kidnapping, and piracy. Country Summary:  Violent crime, such as kidnapping and murder, is common throughout Somalia, including Puntland and the Somaliland region.  Illegal roadblocks are widespread. Some schools and other facilities acting as “cultural rehabilitation” centers are operating throughout Somalia with inadequate or nonexistent licensing and oversight.  Reports of physical abuse and people being held against their will in these facilities are common. Terrorists continue to plot kidnappings, bombings, and other attacks in Somalia. They may conduct attacks with little or no warning, targeting airports and seaports, government buildings, hotels, restaurants, shopping areas, and other areas that attract large crowds and are frequented by Westerners, as well as government, military, and Western convoys.  Methods of attack can include car bombs, suicide bombers, individual attackers, and mortar fire, among others. While some areas have experienced less severe terrorist activity, such as the Somaliland region, where there have been no major terrorist attacks since 2008, terrorist attacks involving the indiscriminate use of explosive devices and other weapons can take place anywhere in Somalia at any time without warning.  The U.S. Embassy heavily restricts the movement of its employees in Mogadishu based on the critical threat environment. Civil unrest occurs throughout Somalia and can sometimes be violent. Medical facilities across Somalia have limited capacity and are often nonexistent in rural areas. Pirates are active in the waters off the Horn of Africa, especially in the international waters near Somalia. The U.S. government has extremely limited ability to provide emergency services to U.S. citizens in Somalia due to the lack of permanent consular presence in Somalia, including the Somaliland region. Due to risks to civil aviation operating within or in the vicinity of Somalia, the Federal Aviation Administration has issued a Special Federal Aviation Regulation.  For more information, U.S. citizens should consult the Federal Aviation Administration’s Prohibitions, Restrictions, and Notices. Read the country information page for additional information on travel to Somalia. 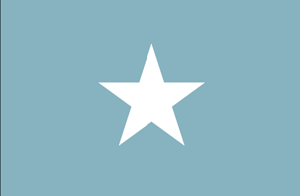 This section gives some brief answers to common questions regarding travel safety in Somalia.

We got distinct notes that traveling Somalia isn't safe right now. The risk index is at 5 out of 5 possible points. We advise against travel.

How many countries have issued advisories for Somalia?

We currently know of 7 countries having issued advisories for Somalia.

Somalia shares land borders with 3 neighbouring states. For this country, the Danger Index is 3.3 (average value for all countries). All countries habe been reported as somehow dangerous: Ethiopia (3.5), Djibouti with (3.2) and Kenya with (3.1 of 5). See danger map of the region.