Please reconsider your need to travel to Kenya.

Kenya is a country in Africa (Eastern Africa) with around 38 million citizens and a land mass of 582,650 km². We detected travel advisories from 8 sources for this country.

Kenya shares land borders with 5 neighbouring states. For this country, the Danger Index is 3.9 (average value for all countries). All countries habe been reported as somehow dangerous: Somalia (5.0), Sudan (4.3), Ethiopia (3.5), Uganda with (3.5) and Tanzania with (3.0 of 5). See danger map of the region.

Brief summary:
Exercise increased caution elsewhere in Kenya due to the threat of terrorism and violent crime (level 2 of 4).

Brief summary:
Do not travel to areas bordering Somalia due to the significant threat of terrorism, kidnapping and cross-border attacks. This includes Garissa county, Mandera county and Wajir County (Level 4 of 4). Do not travel to the border areas with Ethiopia and South Sudan. Cross-border kidnapping and armed banditry make these border areas extremely unsafe. (Level 4 of 4).

Brief summary:
Last Update: Reissued with updates to health information. Exercise increased caution in Kenya due to crime, terrorism, civil unrest, and kidnapping.  Some areas have increased risk.  Read the entire Travel Advisory. Do Not Travel to: Kenya-Somalia border counties and some coastal areas due to terrorism and kidnapping. Areas of Turkana County due to crime. Reconsider Travel to: Nairobi neighborhoods of Eastleigh and Kibera at all times due to crime and kidnapping.  Be especially careful when traveling after dark anywhere in Kenya due to crime. Country Summary:  Violent crime, such as armed carjacking, mugging, home invasion, and kidnapping, can occur at any time.  Local police are willing but often lack the capability to respond effectively to serious criminal incidents and terrorist attacks.  Emergency medical and fire service is also limited. Terrorist attacks have occurred with little or no warning, targeting Kenyan and foreign government facilities, tourist locations, transportation hubs, hotels, resorts, markets/shopping malls, and places of worship.  Terrorist acts have included armed assaults, suicide operations, bomb/grenade attacks, and kidnappings. Demonstrations may occur, blocking key intersections and resulting in widespread traffic jams.  Strikes and other protest activity related to political and economic conditions occur regularly, particularly in periods near elections.  Violence associated with demonstrations, ranging from rock throwing to police using deadly force, occurs around the country; it is mostly notable in western Kenya and Nairobi. Due to risks to civil aviation operating in the vicinity of the Kenyan-Somali border, the Federal Aviation Administration (FAA) has issued a Notice to Air Missions (NOTAM).  For more information, U.S. citizens should consult Federal Aviation Administration’s Prohibitions, Restrictions, and Notice. Some schools and other facilities acting as cultural rehabilitation centers are operating in Kenya with inadequate or nonexistent licensing and oversight.  Reports of minors and young adults being held in these facilities against their will and physically abused are common. Read the country information page for additional information about travel to Kenya. 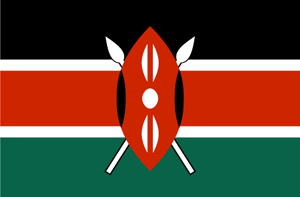 This section gives some brief answers to common questions regarding travel safety in Kenya.

We see a slighty raised risk with traveling to Kenya. The risk index is at 3.1 (out of 5). We recommend you check the single sources.

How many countries have issued advisories for Kenya?

We currently know of 8 countries having issued advisories for Kenya.

Kenya shares land borders with 5 neighbouring states. For this country, the Danger Index is 3.9 (average value for all countries). All countries habe been reported as somehow dangerous: Somalia (5.0), Sudan (4.3), Ethiopia (3.5), Uganda with (3.5) and Tanzania with (3.0 of 5). See danger map of the region.